Freightliner's new Coronado 114 is "fit for purpose". That's because every aspect of this truck has been considered, designed and built to ensure it excels in its specific roles. 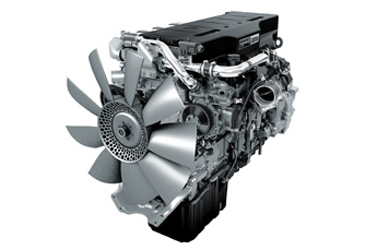 The heavy duty DD15 is the latest innovation from Detroit Diesel. Heralding a new era in advanced engine technology, the DD15 boasts unparalleled power and a long list of groundbreaking features.

Designed to offer more freedom in the cab, Freightliner SmartShift™ is a huge shift forward in automated mechanical transmission technology.

Mounted to the steering column, hands-on-the-wheel shifting offers drivers more room in the cab and minimises the fatigue that can build up over the course of the day when using a traditional gear-shift transmission. 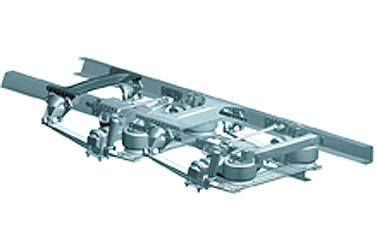 With the most advanced design on the road, our family of rear suspension options keeps weights lower and payloads higher. Smart engineering means drivers, and their freight, get a cushioned ride - reducing the possibility of damage and driver fatigue.

And maintenance friendly features like double-bonded rubber bushings on moving joints ensure a long life expectancy, and save in maintenance costs year after year. 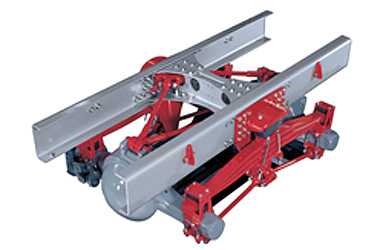 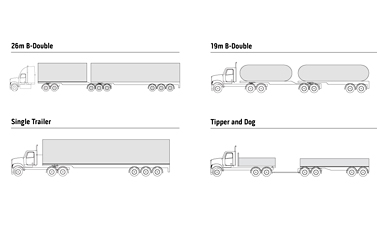 Small things can make a big difference. Able to be rated to 106,000 kgs Gross Combined Mass (GCM), the Coronado 114's measurements mean it can haul heavier loads while delivering more income to your business.

With a bumper to back-of-cab measurement of just 114" (2,901 mm) and a set-forward front axle that’s a mere 29" (756 mm) behind the bumper, the Coronado 114 has been specifically configured to maximise the weight it can legally carry, especially on 19 metre applications such as Tipper and Dog or Pocket B-Double.

Single Trailer work, including tankers are also an option with plenty of room for arguably the market’s biggest sleeper and bull bar.

The other number to consider is the 114's low tare, which allows loads and income to get even bigger. Weighing in from 7,961 kgs, Freightliner's new Coronado 114 is lighter than many of its major competitors – and that adds up quickly when you're getting paid by the load.

Some people might think the Coronado 114 is merely a shorter version of its predecessors. Those people would be very wrong.

Unlike so many other trucks, the Coronado 114 has been built just for australia. and that means built tough.

After five years’ planning Freightliner's experts have delivered an exceptional medium-bonnet truck which still has room for the advanced detroit dd15 engine, a full-bodied cooling package and a generous cabin.

The Coronado 114 was designed to be exceptional, and it's proved to be just that.

The truck has undergone extensive testing - including a torturous shaker test in the Freightliner Research and Development Centre. The Coronado 114 has taken everything thrown at it and come back for more. 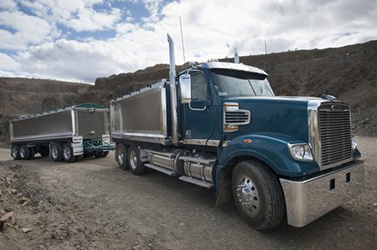 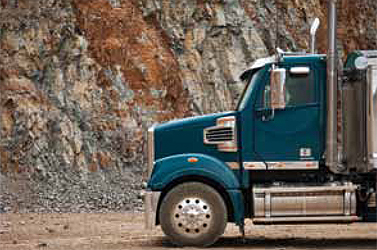 The line between inside and outside

The Coronado 114 easily works in the dust and dirt, the rain and mud, the heat and the flies. But that doesn't mean you have to. Double door seals, noise abatement material and thermal insulation isolate the driver from the harsh world outside, while 'pillow block' front cab mounts dampen down the lumps and bumps of the road – no matter how bad it is.

A cabin to suit to everyone

There are three cabin types to choose from; a Day Cab and two Sleepers, a roomy 34" single and a generous 58" XT (extra tall) version. Not only are the cabins wider than most, there's also plenty of headroom thanks to Freightliner's famous flat floor throughout. 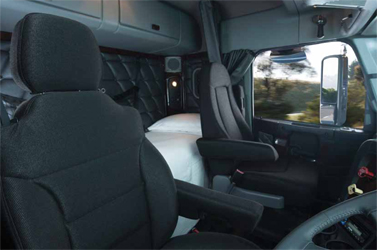 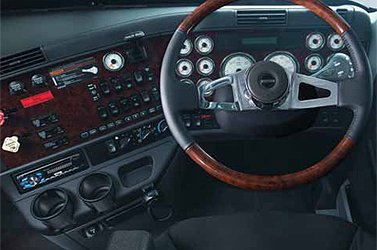 With an air-conditioning and heating system, premium high-backed, airsuspension seats with lumbar support, a fully adjustable chrome and leather steering wheel, an ergonomically designed injection-moulded two-tone dashboard, wood grain features, and interior trims in either studded vinyl or cloth, the Coronado 114 has the kind of cabins you won’t want to leave.